Currently, very few polyphasic sleepers have used the mnemonic techniques to enhance their learning experiences, thus, this guide will attempt to demonstrate:

It is also worth noting that the adaptation period with sleep deprivation can hinder the efficacy of these methods; thus, the potency of the mnemonic techniques in this blog may deliver worse results than expected.

Mnemonic techniques are powerful tools that can improve memorization1. For students, using memory techniques can help drastically reduce the total time spent studying and score higher on exams2. Therefore, mnemonics, along with the Method of Loci, are viable alternatives for teenagers and students; especially if they are willing to trade some sleeping hours for studying hours by utilizing polyphasic sleep. The following mnemonics methods are not only usable on their own, but can also be combine with the Method of Loci or Spaced Repetition Systems for even greater benefits.

Mnemonic techniques are memory tools that aid in memorization3. Every mnemonic device is based on association. The associations facilitate recalling complex information4. Later, these associations can combine with easier memorable mental images, rhymes, songs, stories and/or locations. Each learner can apply various types of mnemonics, so choose a method that works best personally.

With the Major System:

Example: A learner wants to memorize when Buckminster Fuller invented the Dymaxion Schedule (1943).

The PAO System is an advanced system for memorizing numbers6. With this system, it is easier to remember larger numbers, but learners need to invest more time beforehand. It evolves naturally from a simpler number to letter system like the Major System or the Dominic System. Memory athletes know this method by hand and often use it7.

How to create the first PAO-System:
As mentioned previously, the PAO-System is created by aligning two digit numbers (00-99) with one person, action and object each.

Example: Number 21 is transformed into a Person-Action-Object System, and has already been memorized by the major system. The initials for 21 are  “n” for the first digit, “t” or “d” for the second digit. A possible person could be Nikola Tesla. Now, start associating that person with an action and an object.

Memorizing vocabulary usually revolves around creating a mental image that contains the new word itself and its meaning8.

Example: Schlafen (to sleep):
“It’s not so easy to form an association with this word. A key image is of two city-types standing over a man who has fallen asleep. One of them is laughing loudly, the other is saying, ‘sssshhhhh, you’ll wake him’. ‘Sssshhhhh’ and ‘laughing’ are roughly equivalent to Schlafen.”

This method may seem very complicated, but it is highly effective and easier than one would expect.

Spaced repetition systems are flashcard-based systems that make use of the forgetting curve and space the repetition intervals right before learners would forget something.

How the SuperMemo algorithm works is explained below (and why Anki and Supermemo are superior to Quizlet etc.). It is important to note that simpler programs do not have a review system and rely mostly on the Leitner-System:

The problem with this system is obvious:

Moreover, the modern Supermemo-Algorithms individuate between graduated and new flashcards.

SuperMemo-Algorithms are superior to rote learning and fixed repetition systems.

Alphabet Peg System
Alphabet Peg Systems enables learners to memorize up to 26 pieces of information. They make use of the fact that everyone can recall the alphabet, which is a given route. Before learners are able to use the alphabet for better memorization, each letter first has to be associated with something. This can either be a list of animals or a list of jobs with their first initial.

After the list is complete, it is possible to use it for every type of information, even shopping lists. To achieve this, learners have to let their mnemonic peg interact with the new information and then visualize the outcome.

There are numerous benefits of mnemonic techniques.

The best of both worlds: Utilizing mnemonics in combination with spaced repetition systems

Since Spaced Repetition Systems and mnemonics have both been shown to be an effective learning method2,9, it is wise for learners to make use of both.

The easiest way to implement this combination is to either create Mnemonics while transferring the data learners want to memorize into a spaced repetition system. In addition, if students are fans of batching, start with creating mnemonics for every factum, transferring everything into a Spaced Repetition System and start rewinding. The viable ways to implement this into a daily routine together with polyphasic sleeping are in the following section.

All polyphasic schedules contain both REM and NREM2 after the adaptation process. 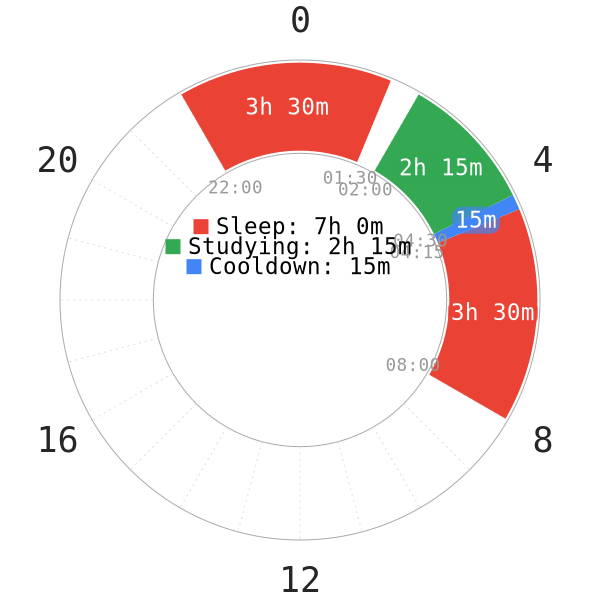 The second core sleep of Segmented schedule contains abundant REM sleep, which is a powerful tool to boost elaborative encoding capacity. Alternatively, students could also divide the study sessions into two different segments, one of which is reserved for creating mnemonics and the other is for rehearsal, as shown in the example below 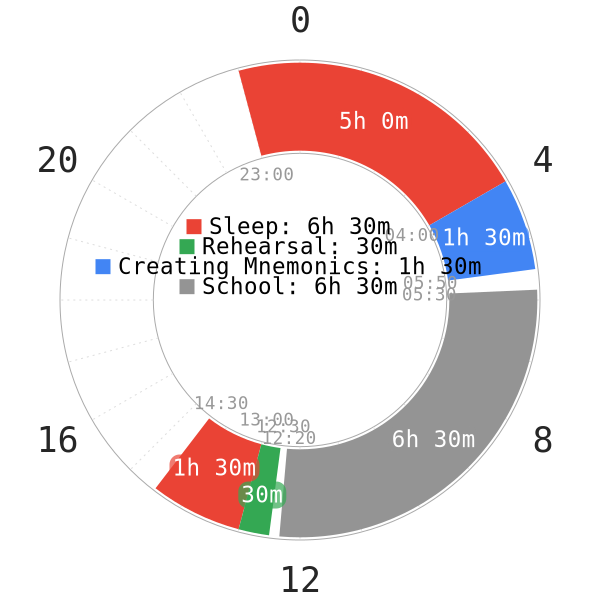 The second Siesta core contains both SWS and REM sleep, which further helps with elaborative encoding13. Getting both these vital sleep stages also helps with memory consolidation, declarative and procedural memory functions. Additionally, scheduling this study method can be improved even further, when learners can utilize the Pomodoro Technique. 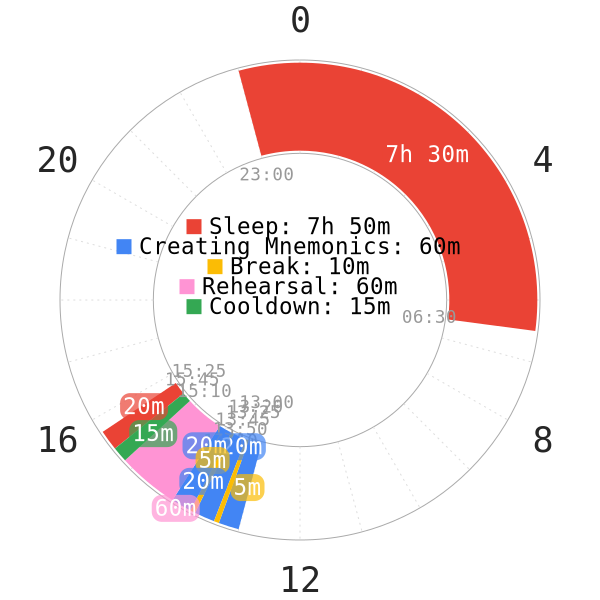 Figure 5. Mnemonics and Pomodoro on E1-Extended

Using the last Pomodoro cycle for recitation and placing it right before the nap will assist the encoding process of the episodic memory13, especially if done right before a REM nap placed at early hours in the day.

Lastly, students can also combine mnemonics, spaced repetition, the Pomodoro technique and polyphasic sleeping effectively. Creating mnemonics and converting them into flashcards can be done during the Pomodoro cycles while the 20-minute default break can be traded for some sleep and the daily review can be scheduled before a nap. This automates the rehearsal procedure and ensures that learners can keep the information for the long term by perfectly spacing the repetition intervals for each flashcard. 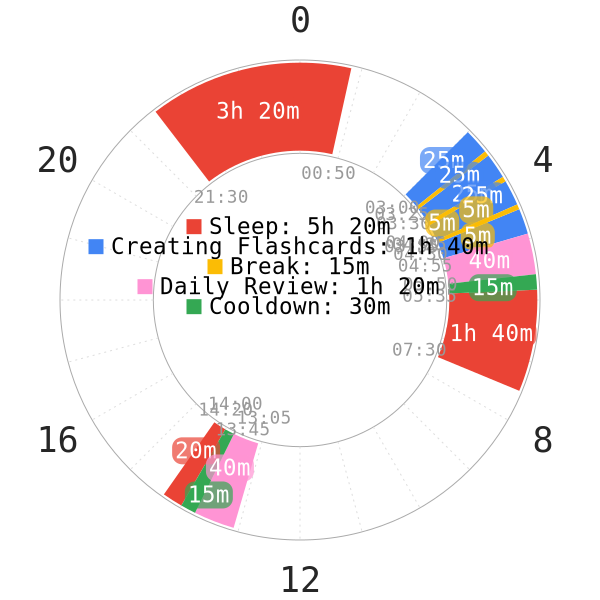 Figure 6. Mnemonics and Pomodoro on DC1

The daily review period is scheduled right before the REM-heavy core sleep on DC1, which boosts the ability to remember procedures by repetition8. Alternatively, if EEG readings show that the nap contains some amount of REM sleep, preparing for another set of mnemonics around that time is also recommended

The mnemonic techniques are strong memory tools that strengthen memorization.

However, very few polyphasic sleepers combine mnemonic techniques effectively with their sleep. This gives more room for speculation whether the timed study session brings along noticeable effects. All in all, this blog serves to detail the memory systems that polyphasic sleepers can try out for their learning experience if there is any interest in utilizing these learning tactics.