Thus, the comparisons are not 100% clear. Since there is no research between the Pareto principle and polyphasic sleep, it is only possible to draw indirect correlations between these two subjects.

Vilfredo Damaso Pareto was a well-respected Frenchman of Italian heritage. In addition, he had an illustrious academic career in Engineering, Economics, Management, Sociology and Moral Philosophy combined1. Later, he created the widely applied “80-20” principle in various fields (e.g, economics, wealth distribution, equality and even in nature)1,2. This principle originally suggested that “20% of Europe’s population now owned 80% of its wealth”2.

There are many different derivations and interpretations of this inequality in outcome. The Pareto principle is the approximation that 20% of the causes often result in 80% of the effects.

This blog will attempt to explain the following:

However, more research about polyphasic sleeping’s mechanisms is necessary to fully determine if it is a healthy and long-lasting example of the Pareto principle.

Real-world Application of the Pareto Principle

The Pareto principle sees widespread application in the physical world. The most common examples are:

These examples stress on the importance of some of the most valuable assets. In a workplace setting, there are always top-notch workers that contribute to the majority of profit; roughly speaking, patients in critical conditions will require a lot more resources to save their lives than patients with only mild conditions. Likewise, on a large scale, most of the activities humans choose to partake in are not important. Only a small percentage of them actually matters. 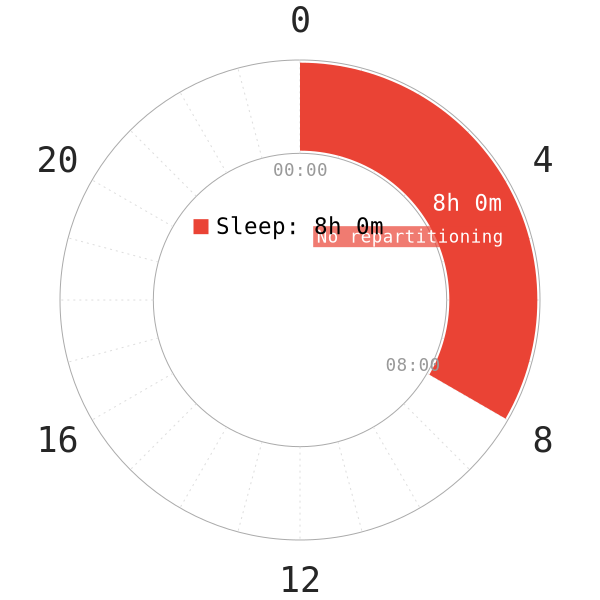 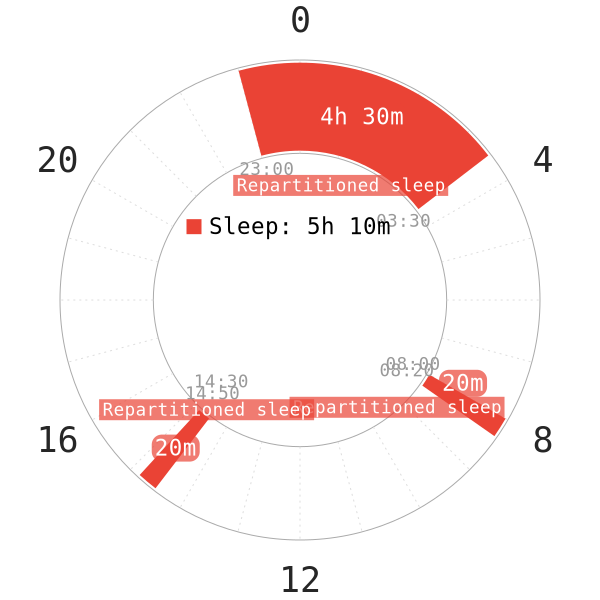 At first, a polyphasic schedule (e.g, E2) that gives only ~5h of sleep each day can pose serious viability questions. However, the mechanics of repartitioning is what makes polyphasic sleeping a viable lifestyle option at least short-term. The primary source of motivation behind this category of schedules is to gain some more waking hours for those who wish to spend those hours on their desired activities.

Repartitioning and the preservation of vital sleep stages may not apply to every polyphasic sleeper, even after the adaptation phase. This depends on a lot of individual factors. Some examples include sleep compressibility, sleep genes, stress, current medication use, sleep hygiene practice.

There is usually less incentive to choose schedules in this category. Rather than reducing total sleep time, they aim for consistency of bedtimes and a better distribution of sleep stages.

In addition, individuals who often cannot afford to sleep a full monophasic duration at night may find adding a daytime nap beneficial without reducing total sleep. The nap acts as means to relieve homeostatic pressure from the shortened nocturnal core sleep. However, the Pareto principle does not specifically apply to this sleep category.

Prioritization of activities on a polyphasic lifestyle 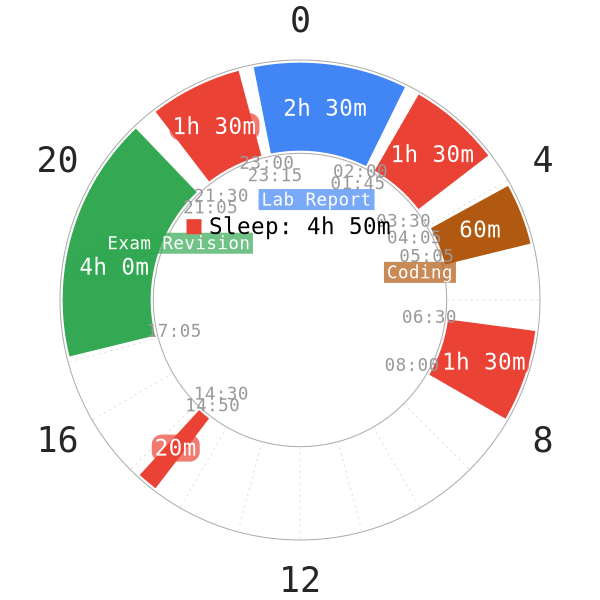 This is an illustrative example on how an adapted TC1 sleeper is preparing to sort out their priorities in the upcoming 3 days.

The next question is whether this sleeper should sacrifice some sleep on his adapted schedule to finish all these activities. Another query is whether he can achieve all these with the maximum possible efficiency.

Depending on personal goals, there are a lot of ways to approach this common prioritization problem.

The key point of applying the Pareto principle is to allocate more resources and time for very important tasks. At the same time, it is also necessary to apply a reasonable amount of effort to achieve the desired goals for lesser tasks

This situation details a Triphasic sleeper. He wants to keep both his career responsibilities and a good relationship with his monophasic lover who loves sleep. She supports his polyphasic sleep regime; however, she only demands that he spend time with her at certain hours that work best for him in the day. This dilemma is something rather common in the community that polyphasic sleepers very often have to face.

Living side by side with a monophasic sleeper and especially those who do not support polyphasic lifestyle is a tough challenge to crack. Oftentimes, either one will have to compromise their adaptation (transition to a simpler sleep pattern like Biphasic) or the relationship collapses. Not to mention the prospect of losing the job from the SWS crashes during adaptation. Triphasic as a schedule is rather intense in nature; thus, there is no easy adaptation in this situation. The adapter now faces several outcomes that he needs to consider:

A clearly defined set of goals and priorities is absolutely necessary for real-world situations like this.

If romance is the most important thing to the sleeper, then he needs to make sure that nothing else can get in the way of those most important hours. The Pareto principle states that “no demand of lesser importance ever usurps a time slot already reserved for a task of higher importance and greater risk”2.

These long-term effects are definitely worth considering. In addition, working less hours to accommodate for this most important objective is likely necessary.

In sum, the Pareto principle is widely applicable in the real world. It also sheds light on how the majority of decision making and prioritization is key to a content life. The most remarkable strategy to make use of the Pareto principle is through defining the most important personal goals and outlining a detailed plan to achieve them.

Similarly, the nature of polyphasic sleeping is also partially to “sleep less but focus on most vital sleep stages”. By focusing on the highly significant tasks while spending much less time on the trivial activities, polyphasic sleepers can learn to manage their time better. They also have to decide their most important objectives to work toward without having to make undue sacrifices. As a result, the Pareto principle is an interesting decision-making puzzle that can maintain productivity and well-being if done right.