Is human sleep naturally polyphasic? Research on tribal people has indicated that it is. Many natives throughout the world either nap regularly or split their night sleep, which is not only evidence for their sleep being naturally polyphasic, but also towards the claim that human sleep is alterable. In this post the sleeping patterns of native people throughout the world will be examined, from the Amazonian rainforest to Africa, as shown in Figure 1. 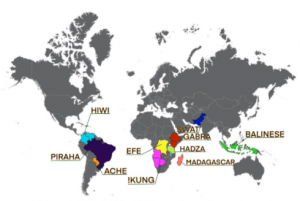 Figure 1. Tribes throughout the world in the context of this blog post

Here, we will take a look at the sleep patterns of Hadza people. Additionally, we will also mention people who live in a small-scale non-electric agricultural society on Madagascar. The goal is to see how native people around the equator sleep when they are not subjected to artificial light. However, these two tribes are quite different from each other, both in terms of lifestyles and sleep.

The study about the Hadza people is “Hadza sleep biology: Evidence for flexible sleep‐wake patterns in hunter‐gatherers”  (Samson et al). These people have very inefficient sleep.

Most notably, the Hadza only wake up at night for only short durations at a time. This is also similar to the theory why humans have different sleep chronotypes.

While on the topic of strict sleep times, Hadza people’s sleep is rather strange.

Overall, this flexible sleep pattern is most likely an adaptation to coping with more vulnerability during their sleep.

“Segmented sleep in a nonelectric, small‐scale agricultural society in Madagascar” (Samson et al.) explored the sleep pattern of people living on Madagascar, and what they found is quite interesting.

The Malagasy people do not find it necessary to be awake around the clock, so they have stricter sleep times.

Overall, these two tribes have different sleep patterns. The Malagasy people practice segmented sleep and the Hadza have siesta-like patterns. Both patterns are still biphasic in nature.

Tribal people from books and articles

The sleeping patterns of certain tribal people are well-explored in an article, “Toward a Comparative Developmental Ecology of Human Sleep”. Additionally, it is one of the best literature sources if you are interested in an introduction to how tribal people sleep across the world. The available information in this section is only a fraction of everything in that article. Thus, you are highly encouraged to read it if you want to learn more.

The Gabra people live around Kenya and Ethiopia. They take frequent naps and do not care about what the surface they sleep on. This means that they can nap on the ground, leaves and so on. Their naps usually span between 15 and 30 minutes, and they can occur at any time throughout the day. In this tribe, old men nap even longer, up to 2 hours.

This tribe originates in Pakistan. The people from this tribe take frequent naps, usually between 12:00 and 14:30. Thus, they most likely practice a Siesta lifestyle.

The Balinese is a group that live in Indonesia. They nap often and their naps are usually between 13:00 and 15:00. In addition to their Siesta lifestyle, they also practice late night rituals which delay their bedtimes.

The Hiwi people live in Colombia and Venezuela. They nap very frequently during the day, but they also segment their core sleep from time to time. The sleep pattern of these people actually resembles that of the Malagasy people, who also practiced a similar lifestyle.

In Congo, you can find the Efe people. These people will not nap unless they are sick. Taking naps is actually a symbol of weakness for them. They do not have strict bedtimes, but they sometimes wake up in the middle of the night. Then, they would finish their core sleep after staying awake for a few hours.

The !Kung tribe is in Namibia, Angola and Botswana. This is a very interesting tribe, since they do not abide by any bedtimes. In other words, they have fluctuating sleep schedules. These people also sometimes wake up after sleeping for a while and continue sleeping later, which means that they have some inclination for Segmented sleep.

The Ache are a tribe that live in Paraguay. These people follow a Segmented-like sleep pattern on some days. They wake up in the middle of the night, stay awake for a few hours and then continue sleeping later.

In addition to the aforementioned tribes, the book “Don’t Sleep, There Are Snakes: Life and Language in the Amazonian Jungle (Vintage Departure)” by Daniel Everet briefly touches on the sleep patterns of the Piraha tribe. This tribe has a very unique sleep pattern.

Among various tribes around the world, diverse sleep patterns appear to serve survival advantages or cultural needs. Even when the reasons are unclear, these examples show polyphasic sleep has been natural and frequent throughout human history under the proper environments.