Core-only polyphasic schedules may appear like a novel concept to first-time polyphasic sleepers.Â However, many in the world have practiced some kind of core-only pattern, whether intentionally or not.Â The immediately noticeable trait of these schedules is that they contain exclusivelyÂ core sleeps, the opposite ofÂ nap-onlyÂ schedules.

The goal of this post is to further examine human sleep behavior under the condition of sleeping in multiple core sleeps.Â

In the context of polyphasic sleeping, any sleep duration withÂ at leastÂ 1 full sleep cycleÂ (80-120m) is aÂ coreÂ sleep.

Under some scheduling variations, core-only schedules can inherit from the traits ofÂ Dual CoreÂ sleep (e.g, waking at night).Â Depending on scheduling, they may also look like “intentionally interrupted monophasic sleep”. Recently, there have been more discoveries thatÂ enhance their overall flexibility and scheduling viability.Â Regardless, exposure to a core-only sleep system may be a unique polyphasic experience.Â 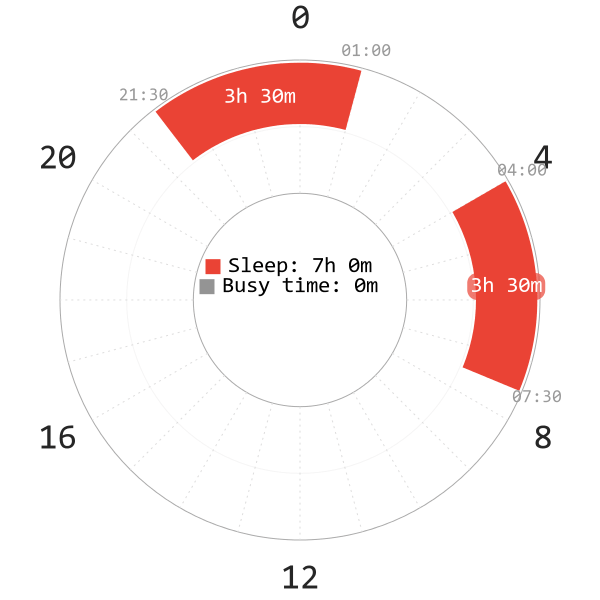 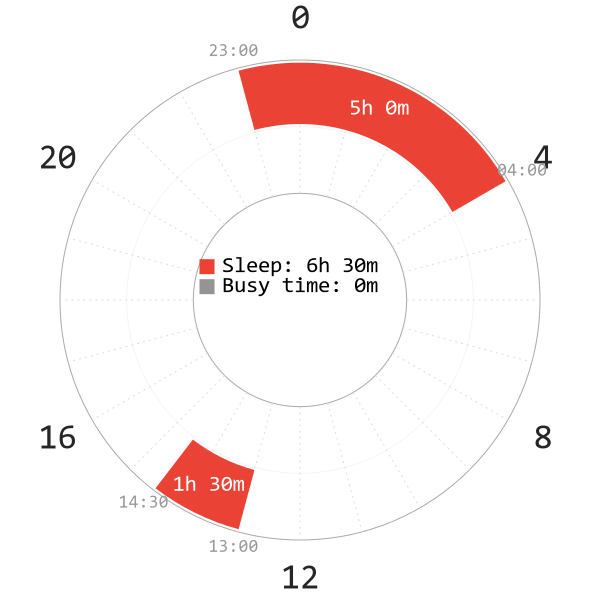 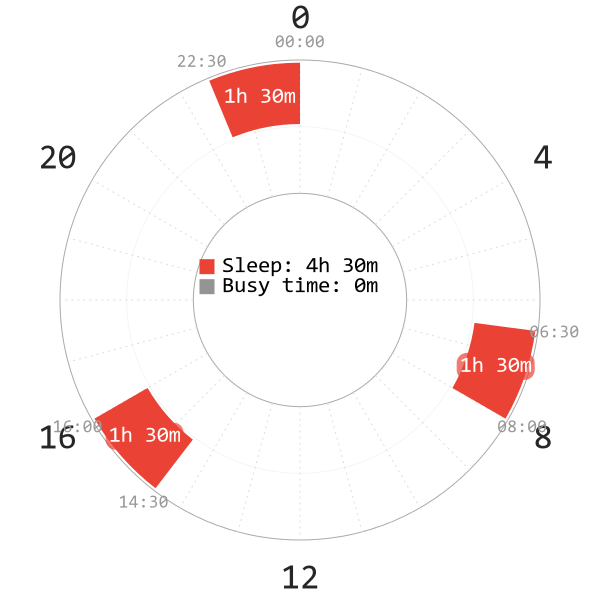 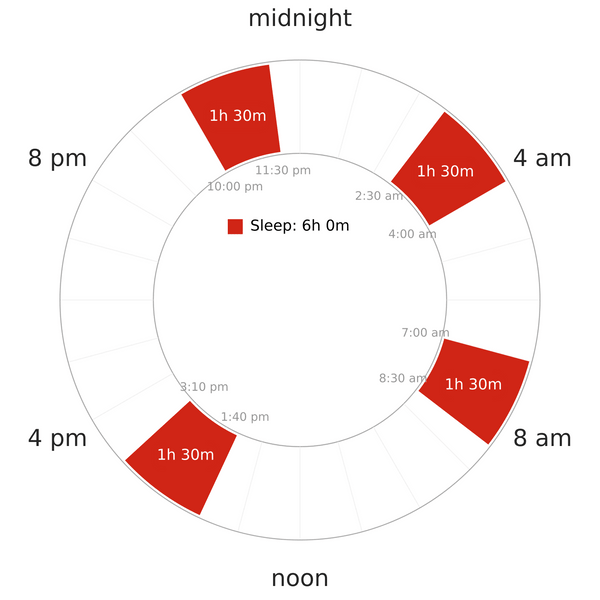 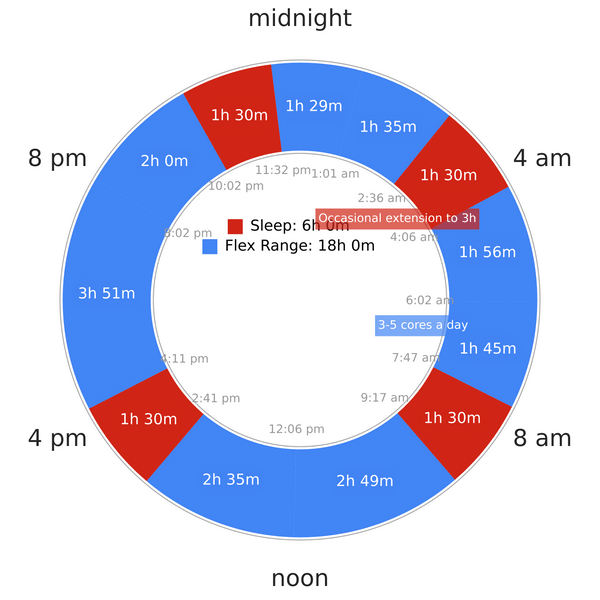