These are any polyphasic schedules that have strict sleep times at first. Over time, adapted sleepers will learn to make at least one sleep block flexible. It is important to adapt to any reducing schedules first, before attempting to flex any sleep blocks.

To make each schedule flexible, it is also necessary to go through a flexing adaptation. The most common route is to gradually flex each sleep block back and forth by small increments (e.g, 15m, 30m). Then, each flex range can increase if there is more demand for a bigger flex range. The flexing adaptation usually lasts anywhere from 4-8 weeks or more depending on how flexible each sleep block, or the whole schedule is.¬Ý

The above napchart shows an E2 variant with a flexible second nap.

Similarly, any other regular, slightly flexible schedules will have at least one flexible sleep block while the remaining waking hours resemble those on the first strict adaptation. For the purpose of clarification, any in-progress adaptation to flexible schedules usually contains a suffix “-flex” behind the schedule name. For example, E2-ext-flex in the example above. Other examples include: DC1-flex, E1-flex, E2-modified-flex, etc.

These schedules (e.g, SEVAMAYL) require that sleepers have highly enhanced flexing skills. It is to the point that they are comfortable with sleeping around the clock. They are capable of such feats while maintaining productivity, well-being and other successful adaptation criteria.

Below is an example of a SEVAMAYL variant.

The example below demonstrates this concept.

The above napchart represents a CAMAYL version with usually 4 core sleeps each day. The sleeper has demonstrated the ability to sleep for 90 minutes whenever tired enough. However, on days where it is mandatory to skip one core, the schedule takes the following form below. 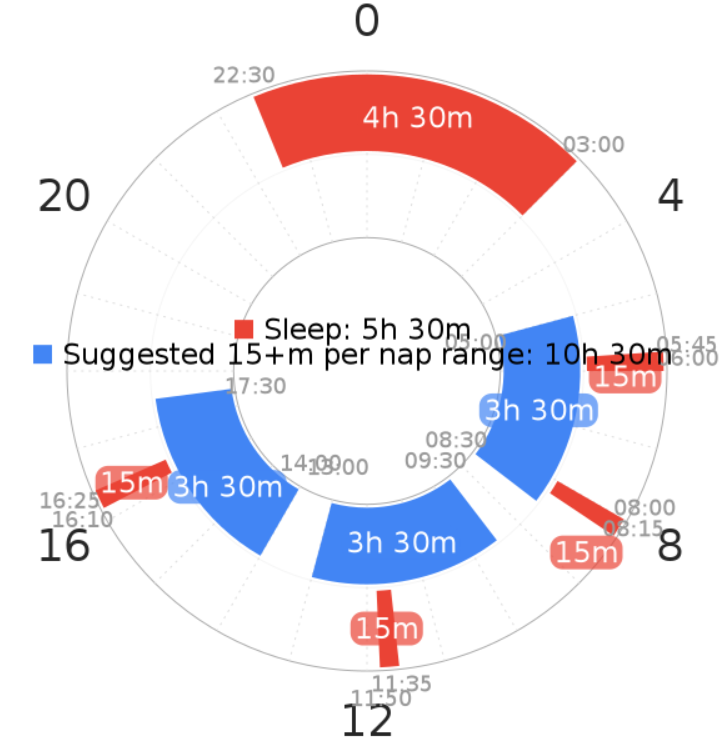 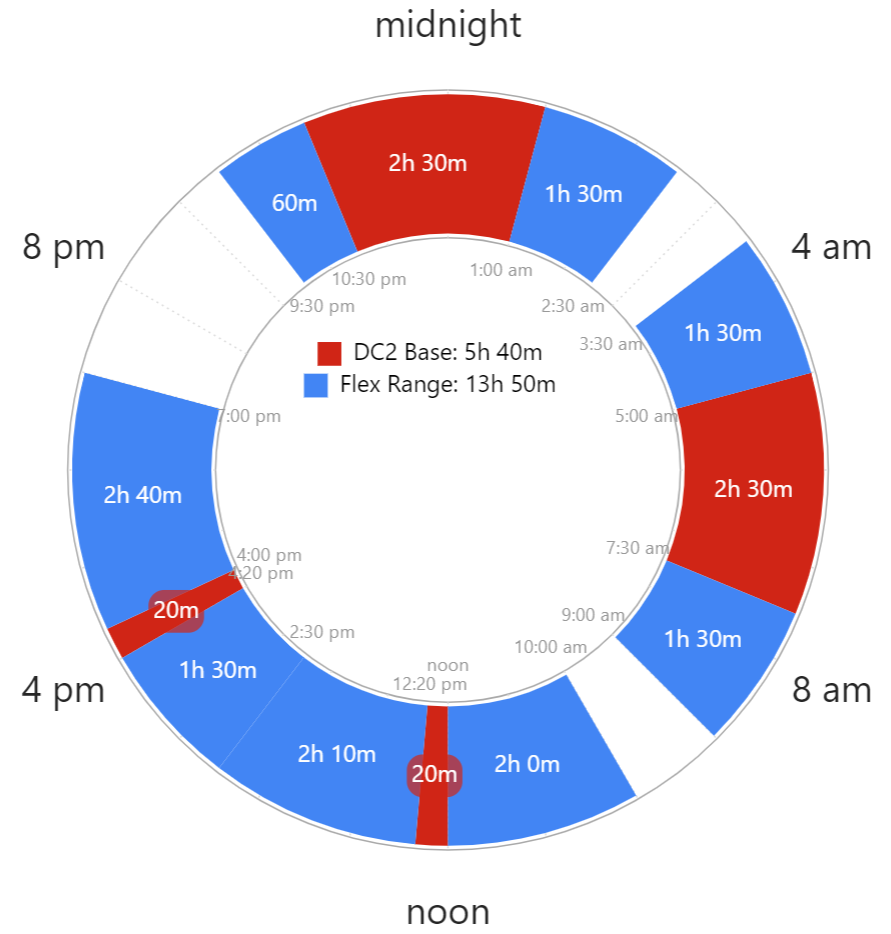 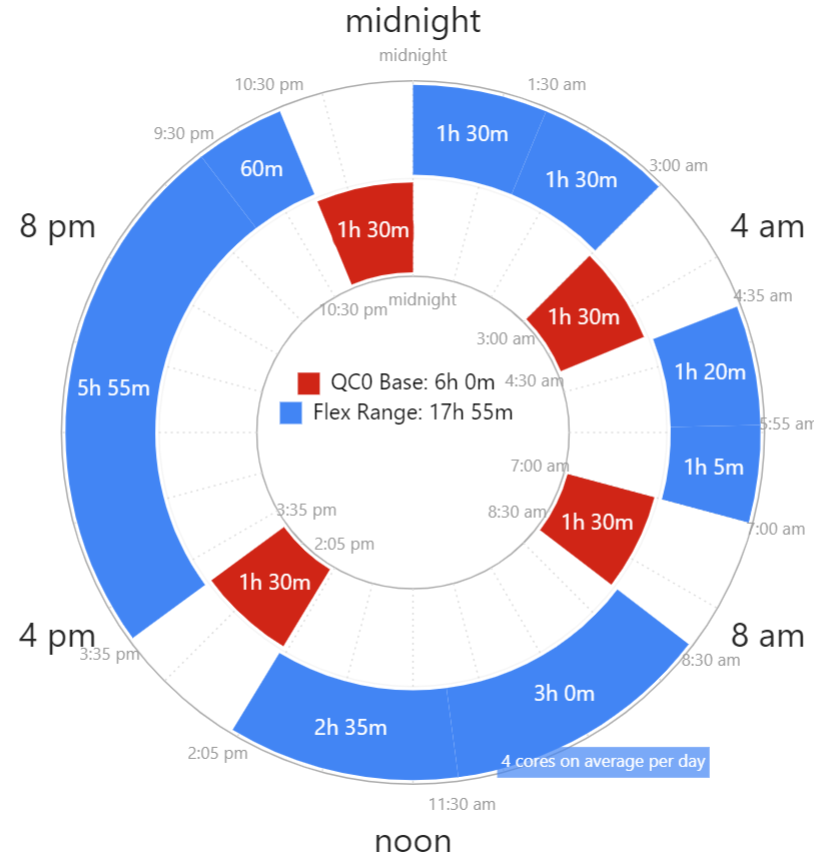 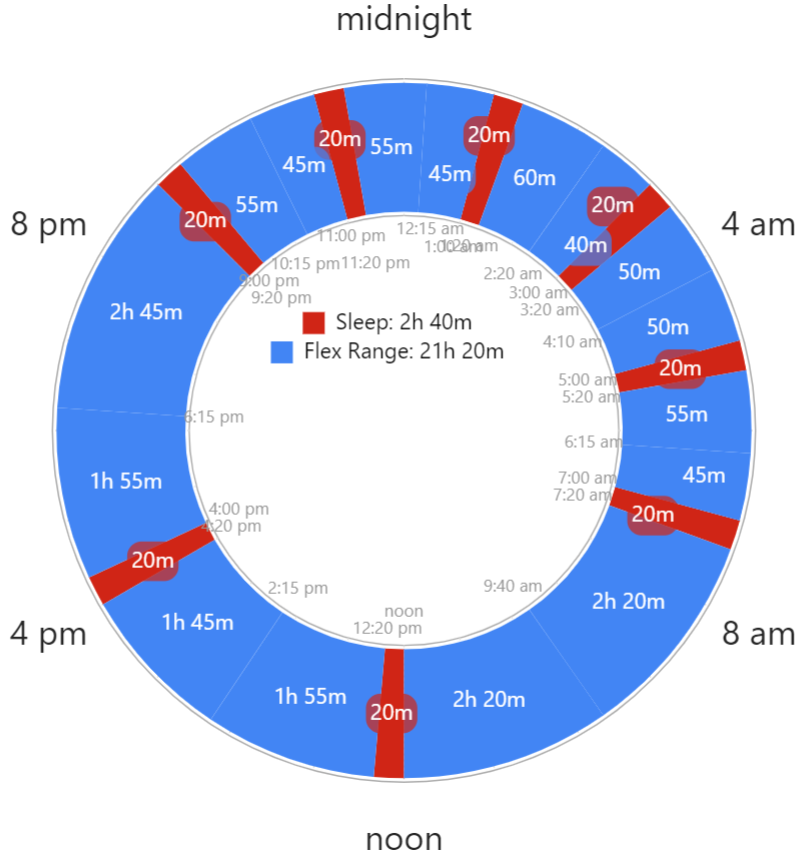 Overall, “-AMAYL” prototypes are satisfying in their own way once adapted. Their flexibility and enhanced utility make for a viable long-term approach if the appropriate lifestyle allows.